Graham Hamer – who’s that then? If you want to know about me, you need to go back all the way to the evening of January 5, 1949 when my mum was removed from a church “potato” evening (rationing was still in place after the war) and taken to the Jane Crookall Maternity Home in Douglas on the Isle of Man. At 7:30am on the morning of January 6, 1949 I was born (feet first) rubbing shoulders with the Gibb brothers. They became known as The BeeGees and I became known as The Spud Baby! At the time, my father was vicar of Laxey on “the island” but moved to Tipton in the West Midlands before I had a chance to celebrate my first birthday. After six years in Tipton we moved back to the Isle of Man (it has that effect on people) and lived in Douglas, the capital. In 1965 wanderlust hit my father again and we moved to Norfolk on the ‘big island’. In 1969 my parents again moved back to the Isle of Man (this time, they stayed!) but I continued my life in Norfolk until 1993 when the lousy weather, a punitive tax system and a worn out marriage led me to up sticks and head for new frontiers and new challenges.

Midlife crisis? Yeah – maybe – I was 44 at the time, but I’ve never regretted moving on: my sons were 23 and 19 and well past needing their dad to change their nappies! After a six month spell in Kuwait (long story!), I found myself in France where I bumped into a lady who has since adopted me and now keeps me on the straight and narrow (or that’s what I let her think!). While we are fiercely different characters and clash like Titans from time-to-time, she is my best buddy, my soul mate, and I can’t imagine life without her. (She’s a doctor, so you’ll recognise her in one or two of the books!) 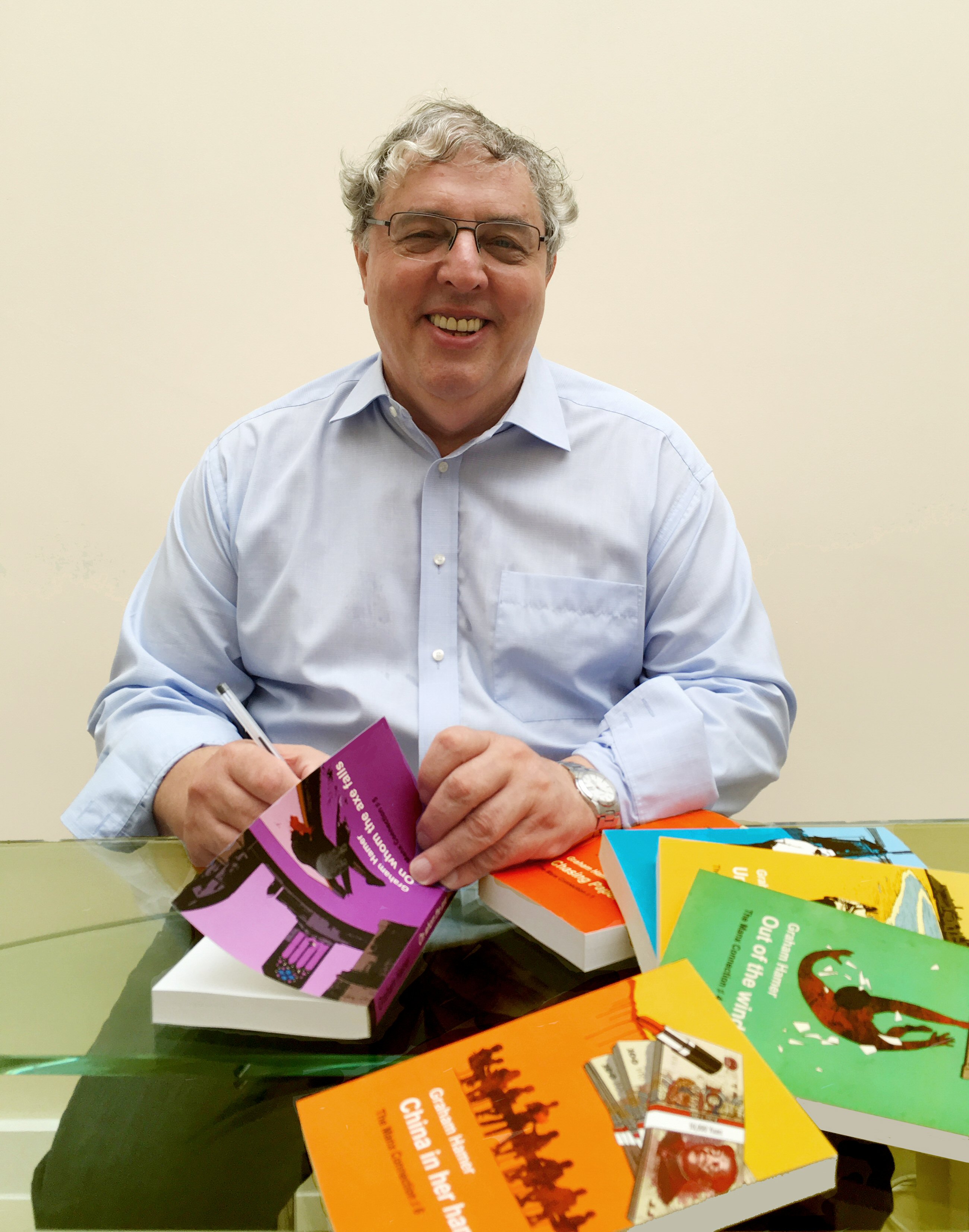 During our 28+ years together, Marie-Danielle and I spent about 4 years just seeing each other at weekends as she worked in Bruxelles and I worked near Amsterdam in The Netherlands. We eventually came back to France and now we have both settled into ‘retirement’ where we spend about 6 months of the year sampling the wines and cuisine of France and the other six months having fun on the Isle of Man.

During my time in Norfolk and Kuwait, I variously worked as book-keeper, accountant, database developer, architect, builder and pig-herder. France and The Netherlands, kept me amused as a business analyst for an American corporation. And then I met the internet and became hooked! So I spent the last four years of my ‘working life’ as an “internet guru” (don’t you just love that dreadful phrase!) helping others to make use of this amazing technology. Now, I just have a couple of directory websites plus my “baby” – NeedARecipe.com. Yep – I’m a foodie every time I get the chance.

Nowadays, Marie-Danielle and I split our time between France and The Isle of Man. We love both countries and get the best from both cultures.