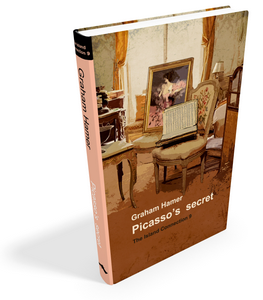 Picasso’s Secret begins with the search for a stolen painting, but leads Penny Chakyar and her new partner in the police, Josh Walker, down various paths that eventually expose the island’s biggest drugs dealer. But what of the painting? And who is really the top man when it comes to drugs on the Isle of Man? Could it be that Boris knows more than he is saying? Meanwhile, Maddi Gathercole’s life is getting more complicated by the minute. She’s on a roundabout and can’t get off. But what of Picasso’s Secret? Where is it and who’s got it?

Boris sat alone in the Greek restaurant in a neighbourhood that you might call middle class if you were using a ghetto as your starting point. He had bought the business to rinse some of the cash he was making from his hard drugs network. The restaurant smelled of lamb and garlic – and chip oil. If Boris had eaten in the Chinese restaurant over the road, it would have smelled of dim sum and fried pork – and chip oil. He would also have been served by a waiter whose default expression was disdain. Boris owned that restaurant too.

The Greek was a small eating place with a few tables and chairs on either side of the long, narrow room, as you approached the counter. The scuffed lino would have benefited from a mop and some hot soapy water. Or maybe some new lino. The menu board over the counter showed pictures of things on sticks and meat that looked long past its sell-by date.

Boris sprinkled his pork gyro pita with salt. Thin slices of seasoned pork, stacked and cooked on a vertical rotisserie, served on a warm pita bread, filled with fries, tomatoes, onions, and tzatziki sauce. Considering the state of the premises, it was surprisingly good. But Boris already knew that.

When two men in dark suits walked in, Boris didn’t bother to look up. “Sit down,” he said, wiping grease off his lips with a paper serviette. “You want anything?”

“No.” From both men in unison.

Boris continued to chow down on his food, chewing with his mouth open and breathing through his nose. He swallowed, straightened up on his chair and punched the centre of his chest. “Fucking heartburn. It’s going to fucking kill me one day.”

The two men looked at him but said nothing. The older of the two had silver hair, wore a tailored navy suit, an expensive overcoat, and a Rolex that would have bought the restaurant outright. Boris looked up and shook his head at the shirts and suit. You can’t buy class off a peg, but he knew that appearances counted for everything, which is why he dressed down and dressed sloppy. His t-shirt contoured around his body like wet Kleenex.

Boris played his cards close to his chest and nobody could ever have guessed his true wealth and the extent of his influence over other people’s lives. The Greek and the Chinese restaurants weren’t the only businesses he owned on the island. Not by a long way. In fact, if the wind was right, a pedestrian could catch the scent of cumin, garam masala, and coriander wafting down the street from the Indian restaurant that Boris also owned.

“Of course not. I’m paying you so fucking much, you could probably afford a second one.”

Boris laughed, showing the remains of his unswallowed pork gyro pita. “Christ, you are a bloody tart, Marcus. God knows how you’ve got the courage to walk down dark alleys wearing all that gold. When they see you coming you must look like a mugger’s pension scheme.”

“A mugger would get a nasty shock then, wouldn’t he? Is this what the meeting is about? A couple of knock-off watches?”

“No, gentlemen, I don’t give a monkey’s toss what you steal in Liverpool. Just keep off my patch, that’s all.”

“The Isle of Man isn’t a patch,” the other man said. “It’s an allotment. There’s nothing worth anything over here.”

Boris knew otherwise, but let the comment go. He guarded information such as that like a dog guards a well-chewed bone. “Okay,” he said, “it looks like your warning to Nathan Owen has worked. He’s now buying from me. Or at least he will be when he learns to walk again. You did a good job there. You also did well with Dean Glover. I don’t know what you did, but he’s already phoned me to apologise and he sounded way too scared to lie. But I need you to up the ante with Jim. He’s not come up with the money yet and I think he’s taking the piss.”

Book cover design by Bruno Cavellec, Copyright © Bruno Cavellec 2017.
Image used and published according to the licence granted by the artist 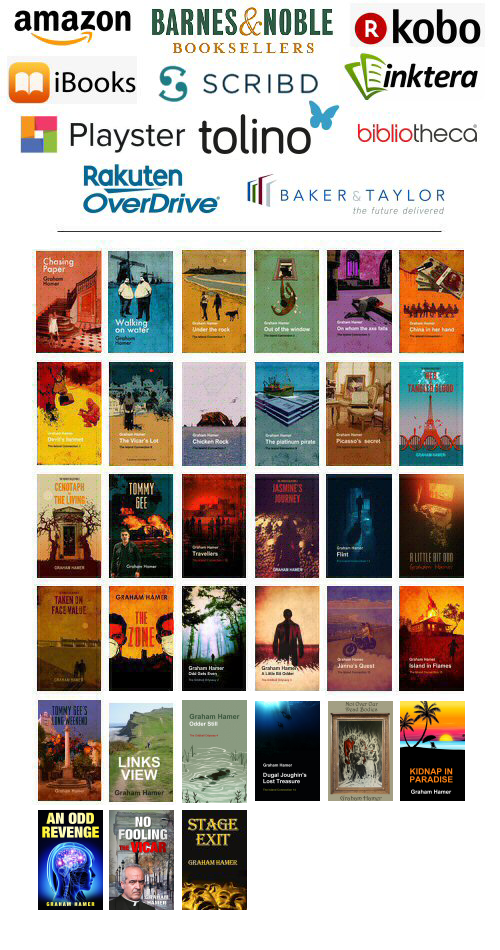