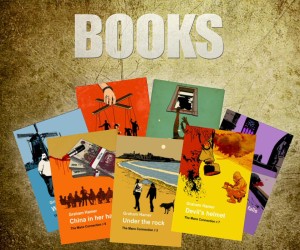 How I plot a mystery is, indeed, a mystery, but it’s one of the fun bits of writing. The Manx Connection series of books has required some research at times and I’ve had fun integrating my research into my mystery writing. What I’ve discovered when doing my research is that it often gives me some new or diverse plot ideas. But what happens when you have half a plot in your mind? It’s the equivalent of having the blurb for your book cover, but not quite knowing where the story will take you. You still got to come up with the actual story. You have to figure out the murders, the clues, the characters and, oh yes, the detailed storyline.

How I Plot a Mystery – Setting the scene.

You may find this hard to believe, but often the hardest part of writing is sitting around, staring into space, and thinking. It might not sound like you’re writing, but you are, even if you aren’t physically hitting your keyboard. Most non-writers have a hard time understanding this. But sitting in a chair doing nothing is a crucial part of writing. Once all the thinking is over, every writer has his or her own method but the one I’ve developed is that I will work out a rough outline – just one or two lines on each “scene” containing the vital clues or story line. It’s not written in stone because it can (and does) change often as I write the book. As I write, I may choose to change the storyline slightly so I keep revising the outline right up to the end of the novel.

But back to the research. In most of my novels, a certain action is planned or undertaken or happens due to an external influence. Maybe it’s a medical condition, maybe it’s a chemical reaction, maybe it’s a a little known law of physics. Whatever it is, it requiresresearch to be sure to get it right. I’m no doctor (my wife is!), I’m no chemist and I’m no scientist. I’m just a simple writer and I tell stories. So what I don’t know, I have to find out elswhere.

Wikipedia, ofcourse, is an excellent source of research. Everything on there may not be 100% accurate, but it’s close enough not to matter when writing a mystery thriller. Writing mysteries is, by far, the hardest writing of all. With mysteries, a good story isn’t enough; you also need a challenging puzzle. It’s twice as much work for the same money.

How I Plot a Mystery – Developing the story.

I develop all my stories the same way. First I decide my “pysical arena”, the world in which the story will take place. Out of the ten ‘Manx Connection’ books that I have written to date, all but two have been based on The Isle of Man. The other two (Walking on Water and The Vicar’s Lot) are physically located elsewhere but have a strong cast of Manx characters.

I then work on the “non-physical arena”, the stimuli that drive the plot. Maybe it’s revenge, maybe it’s power-seeking, maybe it’s religion or politics.

Once I have decided both my arenas, I think about the characters. Who are the people the story revolve around? What makes them interesting? What goals do they have, and how do they conflict with the other characters? And, the first big one, who get’s murdered? And the second big one, by whom? and the third big one, by whom?

And that just leaves the decision whether the murder is “open”, meaning the reader knows whodunit from the start, or whether it is “closed”, meaning that the reader find out who the killer is the same time that the hero does. In open mystery you, the reader, know who did it as soon as it happens. The pleasure comes in watching the intrpid detective solve the crime. A closed mystery works when the murder seems impossible to solve, and the clues that are found don’t seem to point to any one person. And, of course, it’s necessary to throw in a few red-herrings!

Of course, all this is academic in some respects. ‘Out of the Window‘ was written by the characters themselves. I played no part in it other than allowing my fingers to be used to hit the keyboard. On the other hand my first book, Chasing Paper required a lot of detailed planning.

A personal story
Platinum Pirate – how Al Callow dodged the law.
The End is The End – remember that
Chicken Rock Lighthouse – a desolate place